Cancer: What causes it?

One of the scariest diagnoses in the 21st Century is that of cancer. Often, many individuals assume that this is a death sentence. There has, however, been medical advancements that have made cancer to not be as scary as we thought before. There are cases of survival of people with this disease who eventually resume their normal life. Let us take a little time today and understand cancer a bit further.

Cancer describes the disease that results when cellular changes cause the uncontrolled growth and division of cells. Our body cells often have fixed lifespans and specific functions. While the death of cells might not sound all rosy, this bodily event is a very integral part of human growth and development forming part of a natural and beneficial phenomenon called apoptosis. Under normal conditions, a cell is instructed to die so that the body can replace it with a newer cell that functions better. Cancerous cells, unfortunately, lack the components that carry out this function and they often live beyond their timeline wreaking havoc in the body. As a result, they use up the oxygen and nutrients that would usually nourish the good, healthy cells. The cancerous cells often form tumors and impair the immune system. This causes the body to seem to be fighting against itself causing a myriad of challenges making Cancer one of the toughest diseases to fight.

There are several causes of cancer, and other suspected ones. Simply put, anything that may cause a normal body cell to develop abnormally is a potential cause of cancer. There is, however, no single evidence tied to what causes the disease as a unit which makes it very hard to prevent. A few proven causes of the disease include:

Chemical compounds such as cadmium, asbestos, benzene, nickel, vinyl chloride, N-nitrosamines, benzidine, tobacco or cigarette smoke (contains at least 66 known potential carcinogenic chemicals and toxins), and aflatoxin have been directly linked to increased cancer incidences to people exposed to such elements. It is so sad because these compounds are often released to an unknowing public in foods or drinks with multi conglomerates that care about nothing besides money.

These include radiation from sources such as radiation from alpha, beta, gamma; also, Uranium, ultraviolet rays from sunlight, radon, and X-ray-emitting sources.

There are external pathogens that enter our body and make our cells more prone to being cancerous. These include The Human papillomavirus (HPV), hepatitis viruses B and C, Epstein-Barr virus (EBV), Merkel cell polyomavirus, Kaposi’s sarcoma-associated herpesvirus (KSHV), Helicobacter pylori, and Schistosoma spp. There are a fewother bacteria and external pathogens being researched as being possible agents.

Cancer experts suggest that the inability of a cell to communicate the right message or to interpret the message communicated correctly is found in the basic genetic structure of the individual. Cancers such as breast, prostate, ovarian, skin, colorectal, and melanoma are thought to be predominantly genetically linked.

It is very vital to note that cancer is a very dynamic disease still being researched on further as days go by. Most people are exposed to cancer-causing substances such as X-rays, secondary cigarette smoking, and a destroyed ozone layer which exposes us to UV sunlight rays during their lifetime, as well as having the genes that are linked to cancer but still a big percentage do not develop it. Why? Although research is still not quite conclusive, one deduction we can satisfyingly make is that the higher the amount of cancer-causing materials a person is exposed to, the higher the chance the person might develop cancer. 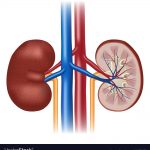 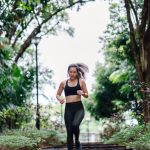