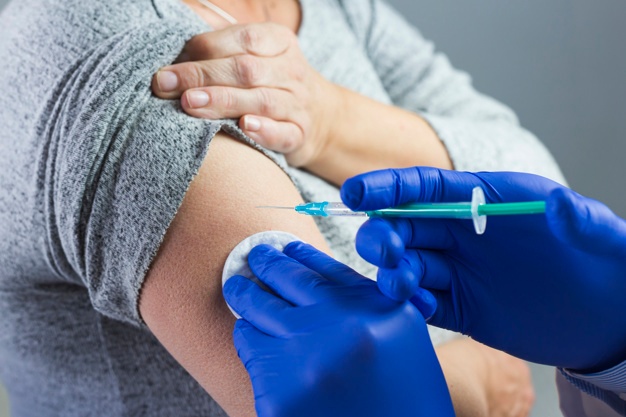 HPV Vaccination is a vaccine that helps protect against certain types of HPV infection that can lead to cancer or genital warts. It helps to protect against either two, four or nine types and HPV types 16 and 18 which causes the greatest risk of cervical cancer.
History of HPV vaccination
HPV was identified in the year 1980 and was identified as the cause of cervical cancer. From that time the work for developing the HPV vaccine started and lasted for several years. I the year 2006 the first HPV vaccine was approved in Canada and other countries. It was to vaccinate against four types of HPV. Before its approval, it was tested on for over 43000 women in different parts of the world. In the year 2007, the second vaccine was approved in more than 80 countries and others get licensed to get protected against two types of HPV, one of them being cervical cancer. In 2008 HPV vaccination program was launched. Under that program, girls in primary schools and under 18 years old get vaccination free of charge in their school and respective areas. In 2010 the program included other two groups for vaccination: women aged 26 or younger and have weak immune systems and those are infected with Human Immunodeficiency Virus(HIV). in the year 2014 the program include two more groups for vaccination: men aged 26 or younger who are infected with human immunodeficiency virus(HIV) and men who have to intend to have sex with men. In the same year, the Food and Drug Administration(FDA) approved another HPV vaccine called Gardasil 9 to protect males aged between 9 and 15 and females aged 9 and 26 against nine strains of HPV. The Gardasil 9 protects against HPV-6, HPV-11, HPV-16, HPV-18 and other five HPV strains responsible for 20% of cervical cancer(HPV-31, HPV-33, HPV-45, HPV-52, and HPV-58). In the year 2017 71 countries introduced HPV vaccine for the immunization to girls and 11 countries offered HPV vaccination to boys. Candian provinces introduced free HPV vaccination for both boys and girls in schools. The latest update from 2018 says that the HPV vaccination program includes one dose of Gardasil9, 6 months later by one dose of Cervarix and HPV immunization added boys in secondary.
Importance of HPV Vaccination
• It provides nearly 100 percent protection against cervical cancers and genital warts.
• It protects boys and girls from HPV infection hence the vaccine produces a higher immune response in preteens than in older adolescents.
• It is recommended to pre-teen or teenager to protect them against potential infections, viruses, and cancer they may be exposed to when they become sexually active.
• The HPV vaccination is a breakthrough in the fight to prevent cervical cancer and should be considered in all health care.
• The vaccine helps the body to produce antibodies to fight HPV infections.
• It is important also to vaccinate boys to prevent them against anal cancer, penile, oral and throat cancer.
Who should be vaccinated?
Food and Drugs Administration(FDA) and Centers for Disease Control and Prevention(CDC) recommends vaccination for males and females ages 9-26. CDC and Advisory Committee on Immunization Practices(ACIP) also recommends all children aged 11-12- preadolescent and adolescent to get vaccinated. It also recommends that anyone who has not received the vaccine should catch-up and still get vaccination. American Cancer Society recommends that it is important for children to get vaccination before they grow up and become sexually active to prevent them from coming into contact with the HPV infection.
Who should not be Vaccinated
HPV vaccination should not be given to the pregnant.
Those who had a severe allergic reaction from the previous HPV vaccine dose.

Previous Story
what is Dermatology?